David’s experiences at the frontlines of legalization and as an operator in various verticals have made him an expert whom we were glad to have on The Cannabis Accounting... 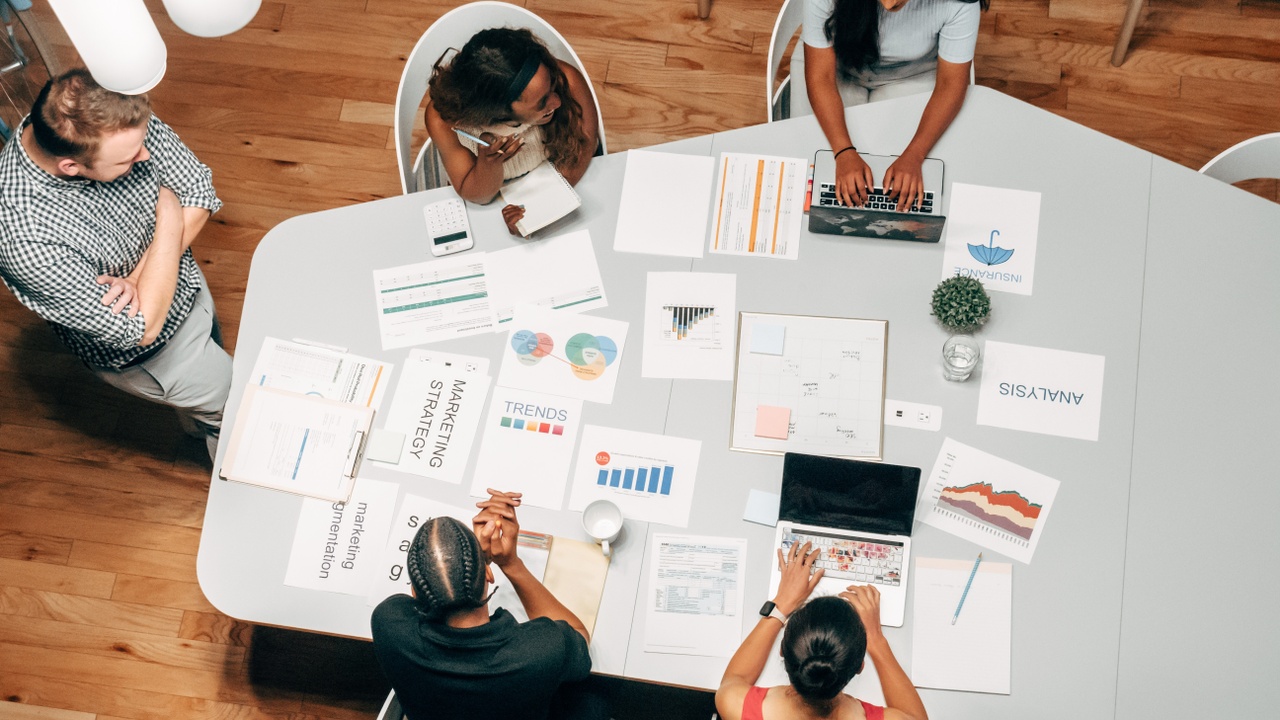 As they say, knowledge is power. Social equity applicants for Cannabis licenses have a number of important things to stay on top of as they apply for licensing and work to raise capital. Among them are a great and grounded pitch deck, a well-thought-out capital and entity plan, a bullet proof financial model, appropriate entity and funding structure, and the right team, including a qualified CFO.

Whether you are a social equity applicant or want to help those who are seeking licensure in various states across the nation, five crucial keys are needed to maximize one’s chances of getting a legal Cannabis license. But before we delve in, take note of five common Cannabis license application pitfalls to avoid. Although such items may seem small, even the smallest of oversights can be the difference between winning that license and being sent to the back of the line.

Wouldn’t you know it, anyone who applies for a... 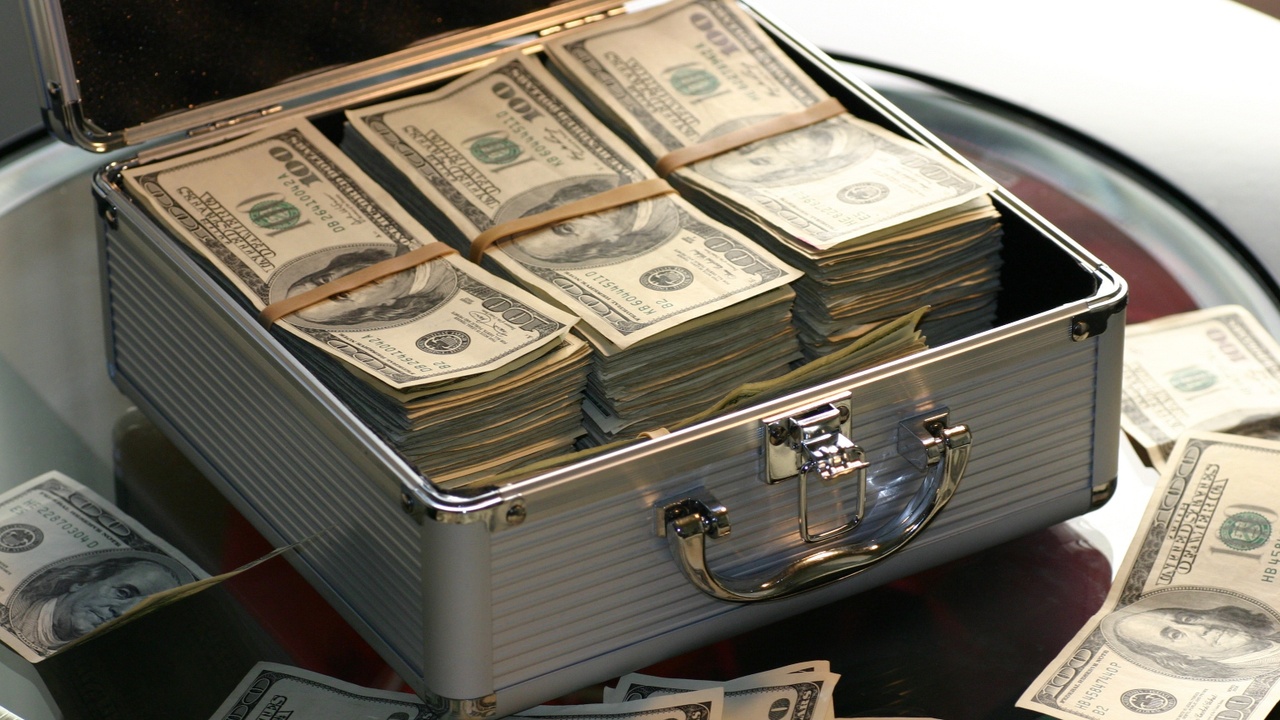 Many Cannabis businesses such as dispensaries, manufacturers, and cultivators tend to have a lot of cash on hand, even six-figure amounts, due to there being a lack of available banking services and solutions. Obviously, safeguarding massive amounts of cash is essential to day-to-day operations but there are many other reasons why managing cash flow matters greatly.

With improved cash flow comes greater peace of mind, greater profits, and better forecasting. That’s not all. A strongly safeguarded and managed cash flow shows investors and lenders that the business has specific internal controls in place to minimize the risk of losses due to theft or the misappropriation of funds.

So What is Cash Flow?

Cash is constantly moving into and out of a business, especially many Cannabis businesses, such as dispensaries. “Cash flow” is the term used to refer to the net balance of the cash that, at a specific... 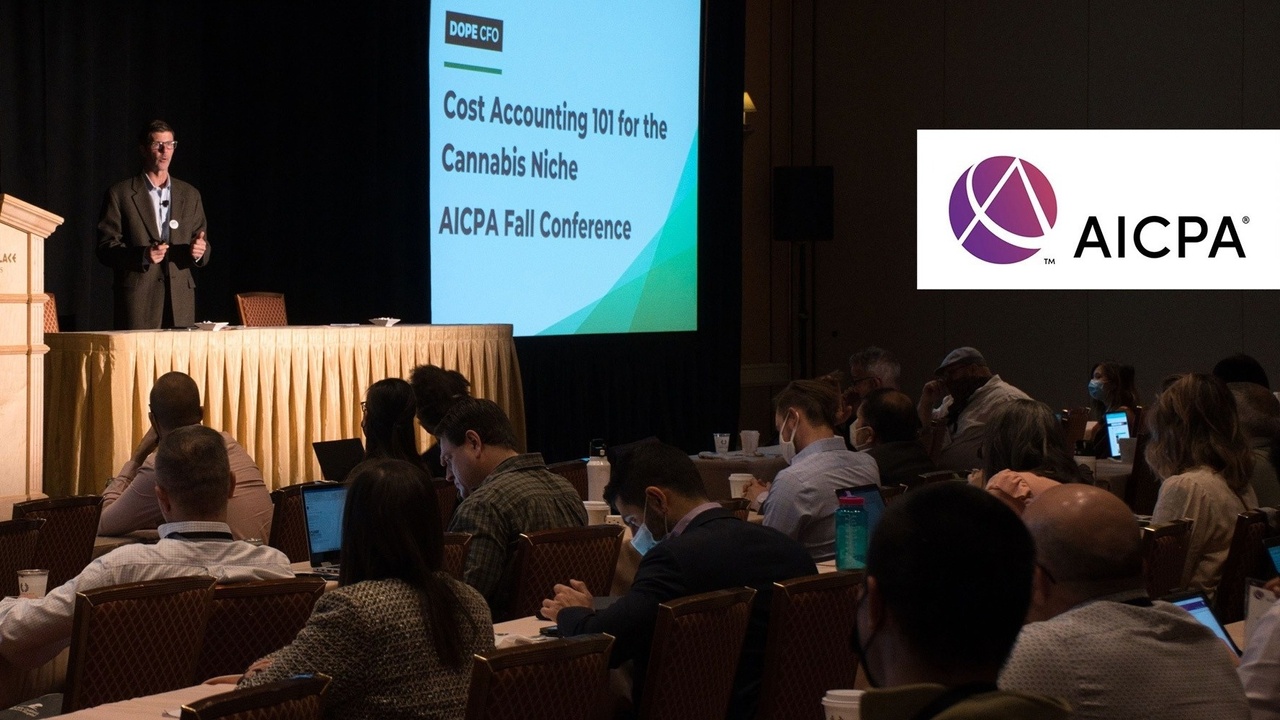 Last year was a landmark year for the Cannabis industry with the AICPA (American Institute of Certified Public Accountants) acknowledging the potential for career growth in this rapidly expanding sector.

Now, just one year later, the Cannabis industry is nowhere near finishing its climb; instead it’s expanding as more and more states get on board with legalizing Cannabis. This year there is an entire Cannabis conference dedicated to bringing together industry leaders, including a more comprehensive list of Cannabis stakeholders from CPAs, CEOS, and finance professionals to attorneys, tax advisers, farm owners, staff, and more.

The need for specially trained Cannabis experts, particularly accountants, is clearer than ever before, and the AICPA has called on DOPE CFO to help lead the charge in instructing the next wave of Cannabis accountants. This year’s three day AICPA and CIMA Cannabis...

Cultivation Accounting and Tax for Cannabis Business Owners and Investors 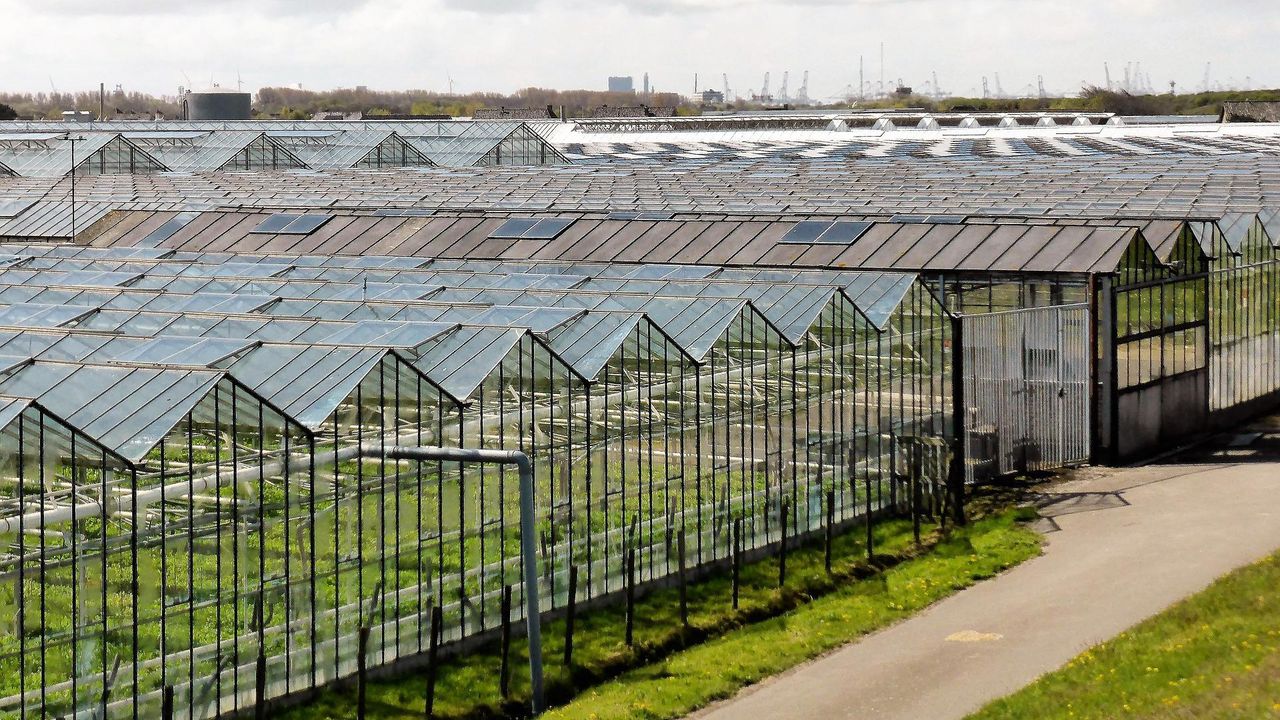 If watching the pioneers in the Cannabis industry has taught us anything, it’s that getting businesses up and running and maintaining compliance has been a rocky road with plenty of tax and regulation pitfalls. It’s a lucrative industry slated for exponential growth. Experts predict the industry will breach $89 billion in the next two years – but those aren’t the only numbers that should concern new Cannabis business owners.

Along with growth in this industry comes great risk. Those in the know have seen Cannabis businesses tied up in legal issues, tax troubles, loss of licensure, and even business failures as a result of faulty, noncompliant practices.

It’s more apparent than ever that having cultivation accounting and tax professionals who specialize in the field is a necessity. And while it’s fine to delegate the nitty-gritty to the practiced accountants, Cannabis growers, owners, and investors should still have a working knowledge of the...

The Value Cannabis Accountants Provide for the Pre-Revenue Process 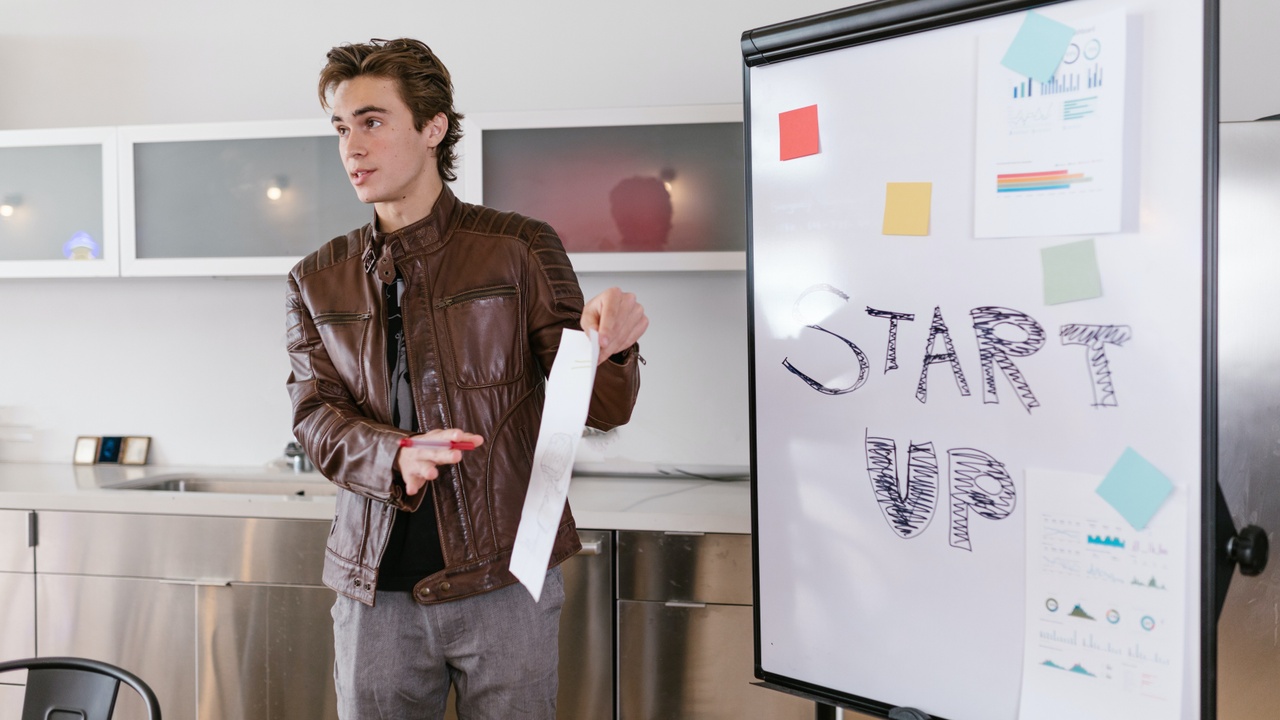 In order to apply for a Cannabis business license, state and local agencies often have similar (but different) requirements and hoops that hopeful operators must jump through in order to make it through the process. The licensing process is daunting and expensive for the simple fact that states' and local jurisdictions' requirements make it so that the prospective license holders may have to shell out thousands (or even millions) of dollars, and/or be on the hook for that much in expenditures, before a license is even granted. Our Cannabis real estate blog touches on the importance of acquiring real estate before opening up shop, but real estate is just one of many steps in this process.

In this blog, we’ll describe why Cannabis CEOs and business owners should invest in an accounting expert before going through the process and cover such topics as raising capital, handling investor concerns, and setting up pre-revenue accounting systems for...

Your Guide to Cannabis Real Estate, 280E, and Entities 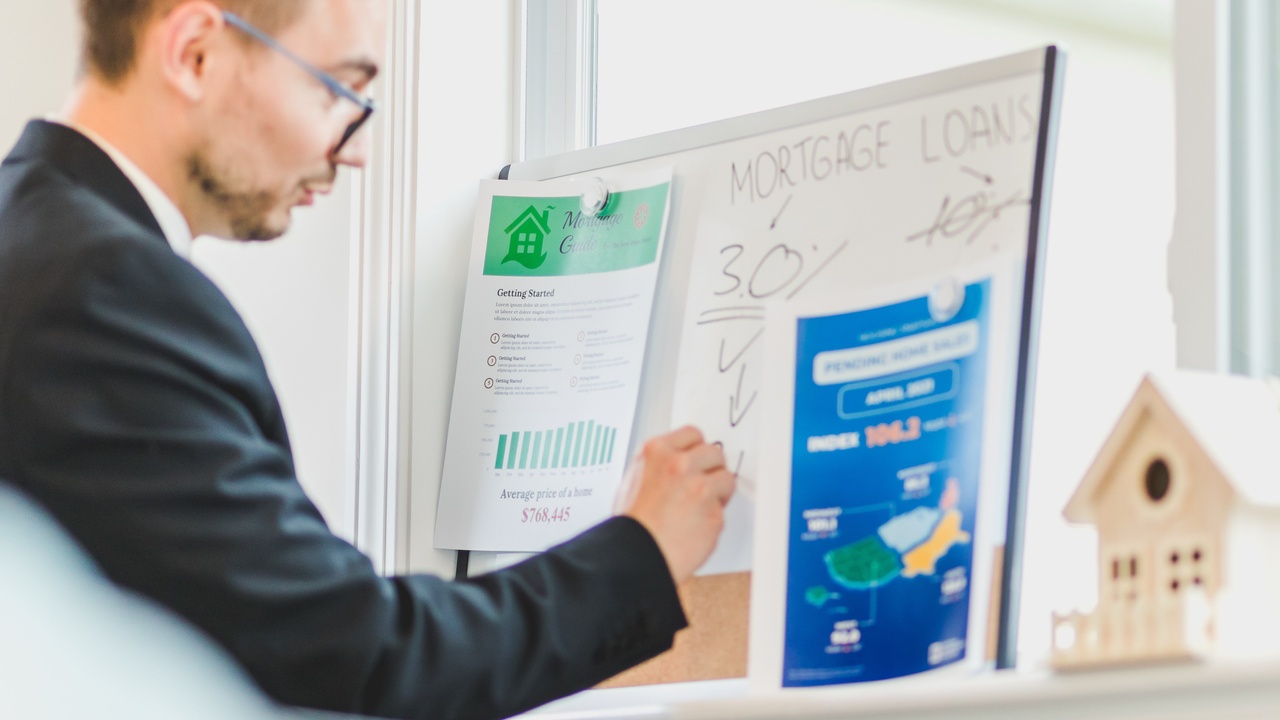 Real-Estate as it Pertains to Obtaining a Cannabis License

Did you know that finding a location and going through the permitting process is one of the first things that Cannabis licensing authorities are asking for from applicants? One of the greatest challenges that Cannabis business owners face is finding a place to operate. Just because Cannabis is legal doesn’t mean that local authorities will allow operators in their jurisdiction. Then there’s zoning and dealing with the community at large to approve an incoming Cannabis business.

Keep in mind, finding an approved location happens before there is any guarantee of a license, so there is a huge amount of liability and financial entanglement involved early on. And since the licensing process can be a huge game of hurry-up-and-wait, having a strategy and utilizing an accountant that understands how 280E effects real estate, how to prepare and maintain your financials for the licensing process, and how to properly... 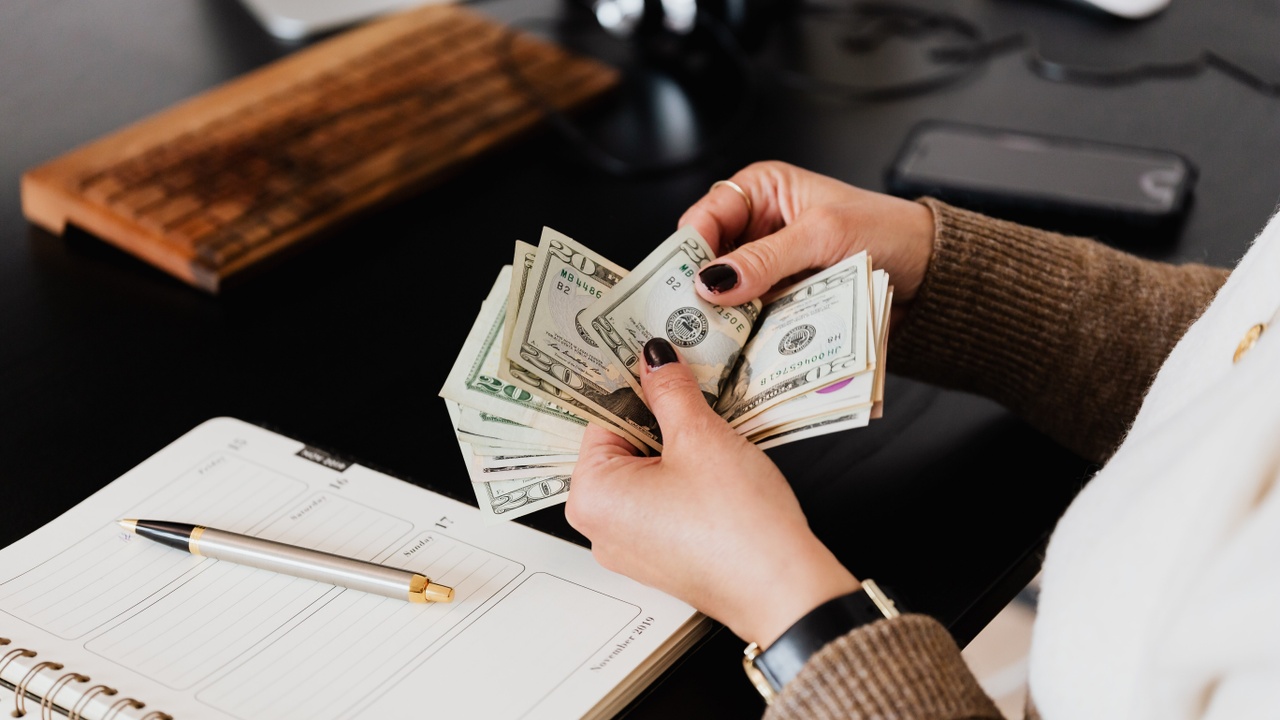 Where is Cannabis Accounting in 2022?

Ever since the green wave of Cannabis started sweeping the nation, the state of bookkeeping and accounting has been changed as we know it. With more and more states legalizing both recreational and medicinal marijuana, the need for experienced accounting professionals is higher than ever.

But Cannabis Accounting isn’t as simple as one may hope. You may be familiar with some of the rules and regulations put in place from 280e and 471, but do you know the extent of legal trouble you could be putting your clients through if they’re not compliant?

From having to pay massive fines to losing their licenses, there is a lot at stake when it comes to accounting and bookkeeping in this industry.

In this blog, we’ll talk more about the state of Cannabis in the United States today, where it’s going in the future, and how you can assert yourself and your firm as experts in the industry.

Taxation and 280E for Dispensaries 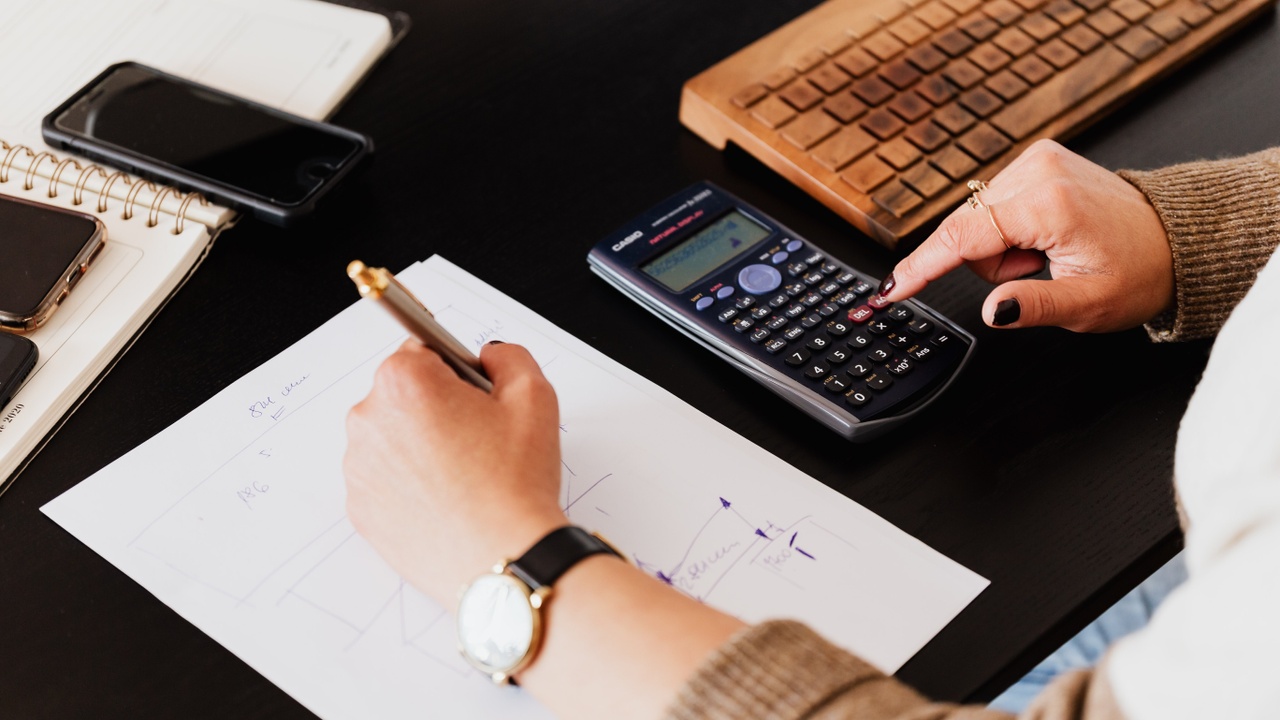 The Challenges of Accounting for Cannabis Dispensaries

From cash control issues to inadequate reporting and POS software, accounting for Cannabis dispensaries is no easy feat and making the wrong move can land your client in serious legal trouble.

Accounting professionals claiming to have Cannabis experiences are often misinterpreting tax codes in an effort to increase deductions dispensaries may not be allowed to take. This means that the CEOs who are heavily relying on their accounting teams are unknowingly putting their company at risk of large fees, or worse, being shut down for not following the correct procedure under IRC 280E.

Professionals who are new to the Cannabis industry that have never worked with such large sums of cash are also often finding themselves in a bind by relying on accounting controls from the past that likely won’t work in this industry. The fact of the matter is that if you want to successfully keep your Cannabis clients in compliance, you...

How Poor Bookkeeping Cost Altermeds Over $78K in Penalties 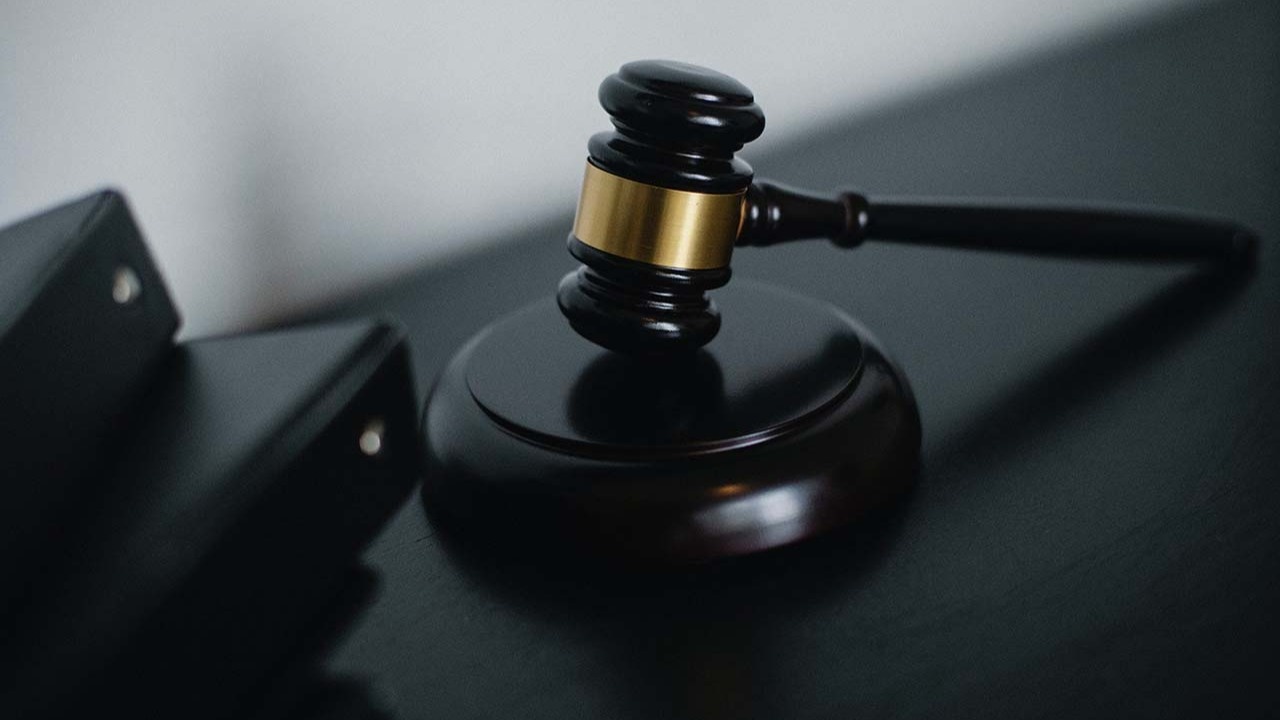 When it comes to cannabis record-keeping, not every dispensary wants to spend the fees on an accountant specific to the niche. That’s what happened to one dispensary owner in Colorado, who owes $391K in tax deficiencies and an additional $78K in accuracy-related penalties.

But how exactly did this happen?

According to the notice of deficiency for tax years 2010 and 2011, the IRS found poor record-keeping, lack of check registers, no physical inventory counts, reduction of COGS, and the denial of ordinary and necessary business expenses were more than enough to penalize the dispensary.

In Altermeds, the Tax Court upheld the imposition of a 20% tax penalty on the taxpayer for the underpayment of the tax liability resulting from the deductions taken. Various medical and recreational marijuana practices have been legalized in the majority of the states; however, the last major hurdle, the Section 280E prohibition,...