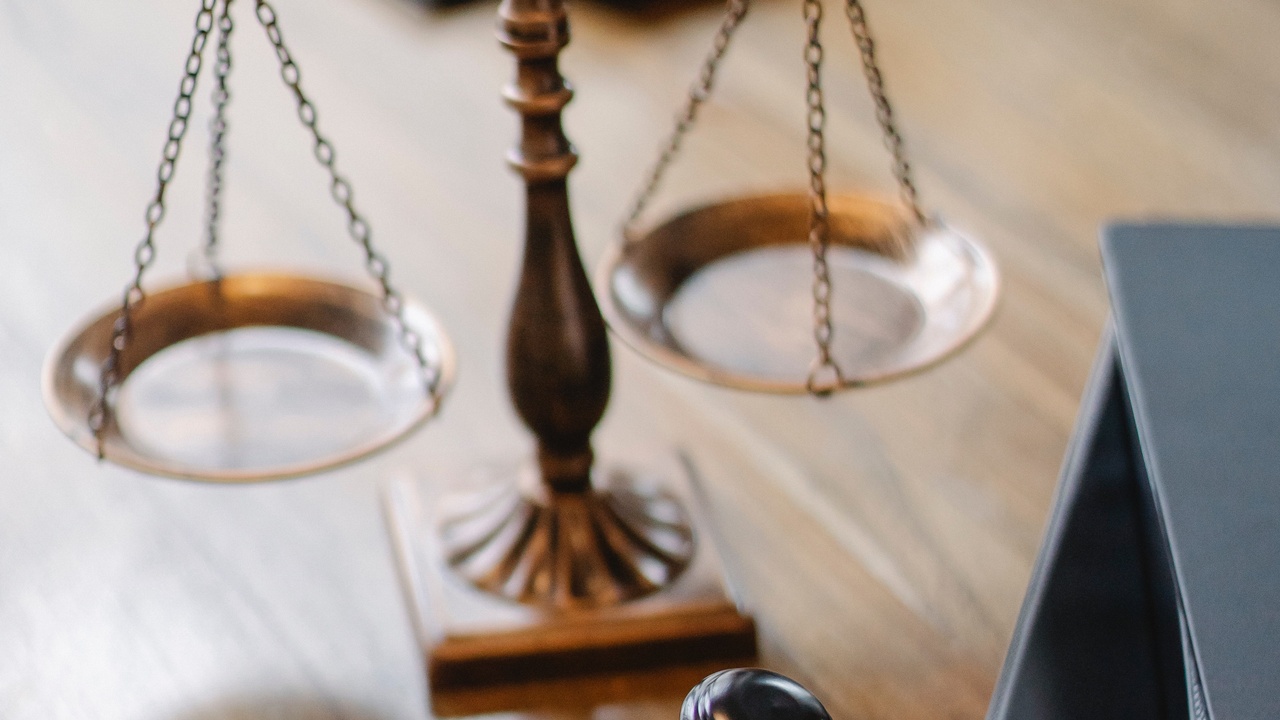 2021 is already shaping up to be a historic year for Cannabis, on the heels of the huge growth and developments the industry experienced in 2020. From skyrocketing sales amid the pandemic to five new states welcoming legalized Cannabis in the November elections, the industry is poised for big changes on the horizon.

Now, with the recent Senate power shift and the House voting on the MORE (Marijuana Opportunity Reinvestment and Expungement) Act, Cannabis may finally be removed from its Schedule 1 classification. At the very least, the pace at which new states continue to legalize marijuana is a harbinger that federal legalization is in the not-so-distant future.

With all this excitement and growth, here’s the thing: regulations are still tightening and the IRS is ever-sharpening its vigilance, winning nearly every court case filed. Even if Cannabis was de-scheduled, the industry would still need to do GAAP accrual accounting and accountants will still need to know how to properly apply tax codes like 471, 263a, 199a, and others.

Until then, as an accountant, it’s your job to keep Cannabis clients and businesses compliant. Being familiar with and analyzing major Cannabis court cases from the last few years will keep you at the top of your game, as you understand the impact they have on the industries you and your clients serve.

In this blog, we’ll delve into four of the most hard-hitting Cannabis cases to date to unpack why the companies involved got themselves into hot water, what they could have done to prevent their demise, and how you can learn from their missteps.

A 280E Recap Before We Dive In

As we guide you through these court cases and explain the situations that led to these Cannabis companies ending up in legal trouble, you’ll find one glaring common denominator: nobody really seems to understand how the 280E tax code works.

Most accountants interested in Cannabis have at least read about IRC 280E. A brief but formidable description describes 280E as:

Cannabis has a Schedule 1 classification, so any company that owns or sells Cannabis products is technically “trafficking” it, regardless of intent. Therefore, Cannabis businesses cannot take deductions or credits like traditional companies. Instead, they have to rely on IRC 471 to determine which costs can be allocated via cost accounting to inventory and eventually to Cost of Goods Sold (COGS). This is the only way to reduce tax liability for a Cannabis company and is a highly complex process that so many get wrong.

Now, let’s focus on the “trade or business” part of that description. This is where most Cannabis companies go astray, regardless of how closely they’re trying to adhere to 280E. A company can set up many businesses within one legal entity or it can set up multiple legal entities with only one actual Cannabis business. However, there’s a right and wrong way to do this, which is lost on many. Just having many legal entities does NOT mean that there’s more than one business (for the purposes of 280e)!

Many companies will try to and are advised to set up multiple entities to mitigate 280E tax liability. Many accountants encourage their clients to pursue these strategies, only to frequently end in crippling penalties, loss of licenses, and even jail time (as you’ll see in the cases to follow).

It’s completely ordinary for Cannabis companies to have anywhere from four to eight related entities, such as a glass accessories retail or education program. The problem with these companies that get into trouble is that the multiple entities formed are not profitable, nor substantial enough on their own and accounted for separately and accurately.

At this point things get tricky, because often these entities operate under one roof and share expenses. In some cases, they sell goods and services to one another. Intercompany transactions and consolidations bring a whole other level of complexity to the accounting for any business. For Cannabis, it gets even stickier and requires a clear understanding of how to properly streamline these transactions so reporting is intact, and most important, so the business is compliant.

4 Cannabis Court Cases (and How to Learn from Their Mistakes)

One likely reason a Cannabis company will get in trouble with the IRS is by developing a complex entity structure with no purpose other than to avoid tax. Other reasons include adding every under the sun into COGS and inventory using 471-11 or having small “non-canna” divisions with high allocated losses.

These major court cases are cautionary tales of what not to do when providing accounting services and advice to Cannabis companies.

Sweet Leaf -- Sweet Leaf was a dispensary chain in a 2019 case. One of the most litigious Cannabis court cases, this was a situation where the three owners and a grower involved in the chain were knowingly flouting the law. Although the vast majority of Cannabis owners and accountants only want to try their best to abide by 280E and stay compliant with federal regulations, this case is just to show that the states are involved, as well, and do not mess around.

These four had serious compliance issues, at the heart of which was a looping scheme, which is when a customer buys the maximum amount of marijuana multiple times throughout the course of a day. The prosecutor on the case, Kenneth Boyd, said his team discovered that some of the customers were doing this up to 40 times a day, leading to nearly 2.5 tons of marijuana moving into the black market.

Two executives were each slapped with a year in jail, all 26 dispensaries were shut down, and all licenses were revoked for 15 years. Furthermore, each owner ended up paying two million dollars in fines and were barred from any ownership stakes or financial holdings in a licensed Colorado Cannabis business. This case is a prime example of owners simply intending to break the law. As accountants we should recognize this quickly and refuse to serve such companies at all.

Olive -- “Olive versus Commissioner” was an earlier court case waged in mid-2015 regarding a medical marijuana dispensary. The biggest issue they faced was a lack of substantiation and not being able to separate trades from businesses.

Unfortunately, Olive did not clearly separate the businesses or account for them individually, leading to the Ninth Circuit holding that the owner of the business was not able to mitigate any tax liability because their business consisted solely of trafficking marijuana. Olive suggested that the Ninth Circuit apply their ruling on a previous U.S. Tax Court case, Californians Helping to Alleviate Medical Problems, Inc. (C.H.A.M.P.) v. Commissioner (a case Cannabis industry had won in which separate entities were found to be compliant), but the Tax Court did not agree with the IRS’s and Olive’s estimates, deciding on its own determined COGS amount and determining that none of Olive’s expenses were tax deductible. The court rejected Olive’s misinterpretation of 280E as applying only to illegal underground businesses that traffic Schedule 1 status drugs.

Management companies are often added in tandem with a Cannabis company to help that Cannabis business access banking, enter into regulation electronic transactions with third parties, and to mitigate 280E tax liabilities. Wellness Management Group was taxed as an S-corporation and provided management services to Alternative Health, such as managing HR, paying for advertising, hiring, and payroll. The arrangement in this situation was that Wellness would be paid by Alternative Health through fees for its services.

However, as with many companies that attempt this, it’s not about the choice to create separate businesses but the lack of the company to create true separation between Cannabis and non-Cannabis divisions. Wellness Management did not provide services of that nature (or any nature) to any other business entity, creating a red flag for the IRS. It recognized fees from Alternative Health as income, which the company deducted as expenses incurred in generating those management fees.

Alternative Health thought they could squeeze through a loophole that Wellness Management wasn’t engaged in the sale and purchase of marijuana and was only a management company, but that wasn’t a strong enough line of distinction for the courts. Wellness Management made its biggest error when it was found to be introducing new transactions into the system or agreement with Alternative Health, involving the same source of money.

According to the U.S. Tax Court, “While Wellness and Alternative were legally separate, Wellness employees were engaged in the purchase and sale of marijuana (albeit on behalf of Alternative); that was Wellness' primary business. We do not read the term “trafficking” to require Wellness to have had title to the marijuana its employees were purchasing and selling.”

Harborside - By now, you have likely heard of this fateful court decision. Harborside’s appeal was filed in June 2020 claiming that 280E is unconstitutional; they don’t expect a ruling on the appeal until late 2021 at the earliest, but there’s currently $11 million at stake in fines and penalties.

Harborside Health Center, owned by Patients Mutual Assistance Collective Corporation, was one of California’s largest dispensaries. They got in trouble with the IRS when they tried to circumvent 280E by claiming tax deductions through their non-Cannabis entity that supposedly sold various other products and services. Just like Olive, they hoped they could make deductions that were upheld in the abovementioned CHAMPS case. The IRS audited years 2007 to 2012 of their financials, but didn’t reach an opinion until the end of 2018.

The biggest takeaway from Harborside was determining whether it was a single business or multiple separate entities, and how this holds up in the face of 280E. As the court held in CHAMPS, it is allowable to deduce many expenses not allowed under 280E if one is a real “non-trafficking” business. One of the biggest requirements for a “non-trafficking” business is that the activity conducted must be done regularly and consistently, stand on its own, and fully have the intent of making its own profit.

The courts have determined that a single legal entity can definitely operate more than one business based on these requirements. You can also have multiple legal entities that can be viewed as a single trade or business if they are aligned with the same profit motive. To this end, form over structure will hold up in court. The important thing to note is how the operations function as a unified business, rather than just how your entities are legally structured.

With Harborside, less than 1% of total revenues were attached to non-Cannabis activities, proving they did not meet the court’s requirements for multiple entities. Upon inspection, the court found “no separate books, entity, management, or capital for the non-marijuana sales,” despite Harborside claiming they sold non-Canna merchandise, therapeutic services, and brand development.

For a more detailed analysis of Harborside’s case, check out our blog post on the ruling review.

It’s far better for Cannabis accountants to help CEOs do 280e correctly, build brand, market share, location, growth and vertically integrate. Valuations are often based on these factors, not net income. This is where having you, the highly trained Cannabis accountant, is essential and will save them from potential liability while helping them maximize company value.

How can you help Cannabis companies stay successful? We recommend beginning by studying and understanding these court cases and getting the tools you need to advise your clients on multiple entity structures and the stringent regulations required for compliance. DOPE CFO has the tools, program, and community you need to confidently reach out to clients and help them stay profitable and audit-ready.

Apply to our program by clicking here to get started.